The dictionary defines Vigilance as being watchful and cautious to detect danger, being ever awake and alert. While being vigilant is important in all walks of life, the observance of vigilance becomes more critical in the financial sector and particularly for institutions like banks, which deal with public money.

Banks, which act as an intermediary between depositors and lenders, are duty bound to observe the highest standards of safeguards to ensure that money accepted from depositors are not mis-utilized and are put to gainful use or are available with them to be paid on demand. To ensure this, banks are not only required to do due diligence on the borrowers but are also expected to put in place appropriate safeguards to ensure that the transactions being undertaken by the staff are as per laid down guidelines. The watchfulness enforced by the vigilance function is required to ensure that public money, which banks hold in fiduciary capacity is not allowed to be misused by the delinquent elements in any manner.

Preventive vigilance takes a central role in vigilance organized at the Reserve Bank of India (RBI). The overall responsibility for vigilance work at the RBI vests with the Central Vigilance Cell (C.V.Cell or Cell), which exercises its jurisdiction over all employees of the Bank and co-ordinates the activities of the various vigilance units. The Cell maintains liaison with the Central Vigilance Commission (CVC) and the Central Bureau of Investigation (CBI). Vigilance guidelines issued by the CVC are aimed at greater transparency, promoting a culture of honesty and probity in public life, and improving the overall vigilance administration in the organizations within its purview. RBI has taken several preventive measures to maintain high standards of integrity.

Preventive Vigilance is adoption of various measures to improve systems and procedures to eliminate or reduce corruption.  Organisations keep a watch over their staff & customers to avoid any untoward happening, incident or accident.  Vigilance refers to the process of paying close and continuous attention.

Phishing Attack: Phishing is a type of social engineering attack often used to steal user data, including login credentials and credit card numbers. It occurs when an attacker, masquerading as a trusted entity, dupes a victim into opening an email, instant message, or text message. The recipient is then tricked into clicking a malicious link, which can lead to the installation of malware, the freezing of the system as part of a ransomware attack or the revealing of sensitive information.

An attack can have devastating results. For individuals, this includes unauthorized purchases, the stealing of funds, or identify theft.

Several things can occur by clicking the link. For example:

Phishing Techniques: Email phishing is a numbers game. An attacker sending out thousands of fraudulent messages can net significant information and sums of money, even if only a small percentage of recipients fall for the scam. As seen above, there are some techniques attackers use to increase their success rates.

For one, they will go to great lengths in designing phishing messages to mimic actual emails from a spoofed organization. Using the same phrasing, typefaces, logos, and signatures makes the messages appear legitimate.

In addition, attackers will usually try to push users into action by creating a sense of urgency. For example, as previously shown, an email could threaten account expiration and place the recipient on a timer. Applying such pressure causes the user to be less diligent and more prone to error.

Lastly, links inside messages resemble their legitimate counterparts, but typically have a misspelled domain name or extra subdomains. In the above example, the myuniversity.edu/renewal URL was changed to myuniversity.edurenewal.com. Similarities between the two addresses offer the impression of a secure link, making the recipient less aware that an attack is taking place.

Spear Phishing: Spear phishing targets a specific person or enterprise, as opposed to random application users. It's a more in depth version of phishing that requires special knowledge about an organization, including its power structure.

By providing an attacker with valid login credentials, spear phishing is an effective method for executing the first stage of an APT.

Phishing Protection: Phishing attack protection requires steps be taken by both users and enterprises. For users, vigilance is key. A spoofed message often contains subtle mistakes that expose its true identity. These can include spelling mistakes or changes to domain names, as seen in the earlier URL example. Users should also stop and think about why they’re even receiving such an email.

For enterprises, a number of steps can be taken to mitigate both phishing and spear phishing attacks:

Moreover, phishing is often used to gain a foothold in corporate or governmental networks as a part of a larger attack, such as an advanced persistent threat (APT) event. In this latter scenario, employees are compromised to bypass security perimeters, distribute malware inside a closed environment, or gain privileged access to secured data.

An organization succumbing to such an attack typically sustains severe financial losses in addition to declining market share, reputation, and consumer trust. Depending on scope, a phishing attempt might escalate into a security incident from which a business will have a difficult time recovering. 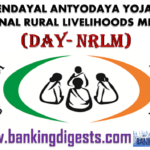 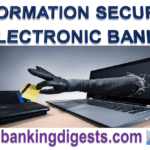 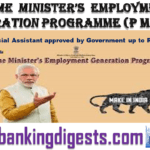